If a couple is unable to conceive naturally, a fertility treatment can be started. When a man’s sperm is of reasonably good quality, Intra-Uterine (IUI) is often the first step. 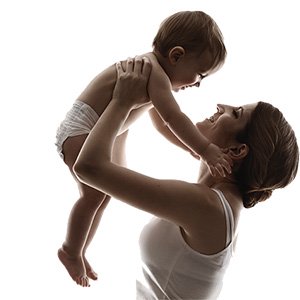 By using LH-urine tests or echography the moment of ovulation can be detected. On the day the ovulation is expected the stimulated sperm (sperm that has had the semen’s moisture removed) is placed in the uterus’ cavity or the uterine cervix with a small syringe and a special catheter. This method, that uses the man’s own sperm, is called KIE, or Kunstmatige Inseminatie Eigen Semen (Artificial Insemination Own Semen).

If a man’s sperm contains no living sperm cells at all or if a woman wants to get pregnant but is not able to find a male partner, sperm from a sperm -donor can be used (Artificial Insemination Donor semen (AID)).

If Artificial Insemination Donor semen (AID) does not lead to pregnancy after a few attempts, a couple can decide to consider in vitro fertalisation (IVF) with or without Intracytoplasmatic sperm-injection (ICSI).

Within the IMV-group the firm CBS (Cryo Bio System) is involved in ART (Artificial Reproduction Technic). This product range for Human is available via NIFA technologies.